Sadly, the only thing many church members, staff and volunteers think about when the concept of church safety and security is mentioned, is responding to a shooter or to an assault on the church on Sunday or Wednesday or whenever your services are held. There is so much more to having a truly safe and secure church than that---as important as that is, of course.

Keep this in mind: If your church can develop a security response team for emergencies, it can develop an expanded program that includes whole-church needs and can reap the many rewards that come with the effort. It’s possible, relatively easy and very, very rewarding!

Sheepdog Seminars are starting to be requested around the country. My friend for many years, Jimmy Meeks, has a group of professionals that travel all over demonstrating the need for security not only in churches but other places such as schools.

WHITE SETTLEMENT, Texas — A gunman opened fire at a church in Texas on Sunday morning, killing two people with a shotgun before a member of the church’s volunteer security team fatally shot him, the authorities said. 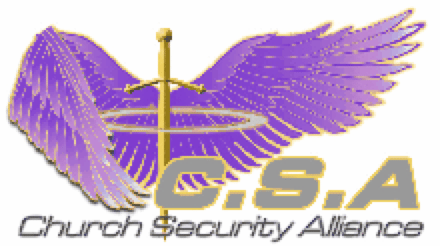 Glen Evans is the owner of CSA which is another great organization for creating a security team for your church. Click on this link.

HERE IS WHY WE MUST STAND AGAINST VIOLENCE - HERE IS WHY THE SHEEPDOG MUST RESPOND TO THE CALL. IMAGINE GOING TO CHURCH AND WATCHING 15 OF YOUR FRIENDS SHOT - 5 KILLED...

The picture is Russell May, a friend of mine.I fist met Russell on Sunday night, June 20, 2010. His mother had asked me to call him. I had met her at church that morning while attending First Baptist in Daingerfield, Texas (75 miles west of Texarkana). “Please call my son,” she asked. When I got home to Fort Worth that night, I gave him a ring.“How come no one has ever told our story?” Russell asked in a loud voice.The "story" was of an act of horror that Russell had witnessed 30 years earlier – June 22, 1980.Russell was 11-years old while sitting in church that morning (at First Baptist, Daingerfield). He was seated near the front, when, at 11:20 a.m., a man filled with hate entered the back door of the church, armed with four guns (2 rifles and 2 handguns).

In addition, he wore a pouch containing 350 rounds of ammo, as well as two bulletproof vests and an army helmet.After shouting, “This is War,” the killer began to spray bullets about the sanctuary, aimed at the 350 worshipers.The killer was a former school teacher, Alvin Lee King. He was scheduled to go on trial the very next day (June 23) for sexual crimes committed against his daughter.Gene Gandy was shot in the stomach and died about 2 hours later.7-year old Gina Linam, seated near the back, jumped up from her seat to see what the commotion was. She was struck in the head and died shortly thereafter.78-year old Thelma Richardson took a bullet to the back of her neck; within minutes she was gone...Two “Sheepdogs” were in the congregation: James “Red” McDaniel and Kenneth Truitt. Both men rose from their seat and went after the killer. McDaniel reached him first. Embracing him in a bear hug, he drove the murderer out the back door, pushing him so hard that the hinges on the door disengaged. McDaniel took a shot to the chest. He died just outside the front door.Truitt had also given chase. He, too, took a shot to the chest area and died shortly thereafter.The whole scene had lasted less than 30 seconds. Ten others lay wounded inside the sanctuary. Five had died.When the shooting began, Russell jumped from his seat and stood in the center isle, directly in the line of fire. From there he watched the scene that would haunt him forever.

After Alvin King had been driven out, Russell ran out the side door and, to his surprise, saw him lying on the grass near the fire department, across the street. He had shot himself in the head, but was still alive.Russell walked over to him and stood there, staring at the man who would forever affect his life. He was stunned when he noticed it was the same man from whom he had purchased a dog 2 weeks earlier.Russell reared back his leg to kick him, but was stopped by a member of the church, who grabbed him by the collar and shoved him away.Standing outside the church a few minutes later, in complete shock, Russell told his mother, “I’m never coming to church again.” His mother, not knowing what to say, told him, “Yes you will.”Five years later, Russell was released from the demand of church attendance. For the next 30 years, he darkened the door of a church twice. And during this time period, he gave himself to one cheap thrill after another...A few weeks after our telephone conversation, I went and met with Russell. It was obvious he was an alcoholic. I sat in his living room for hours, watching him guzzle one beer after another. If I remember correctly, he downed about 15 cans during my visit.

I spent the next 3 years speaking often with Russell. He finally checked himself into a rehab outside of Marshall, Texas. He was trying so hard to overcome the bottle. I admired his courage.After his release, he relapsed a few weeks later. He would try rehab once again, but met with failure after being released a second time.During his latter stay at the rehab, he shared some good news with me. “I’ve given my heart to Jesus,” he proudly said. We hugged and cried together. A few weeks later he was baptized at his new found church.I thought he was doing well.Then, in January of this year – 2014 – his wife, Debbie, called me. She was weeping. “Jimmy, Russell killed himself…”At his funeral I sat and stared at his casket. "What more could I have done," I wondered. I kept mumbling through my tears, "I'm so sorry Russell...I'm so sorry..."Russell’s life began to spiral downward when he was 11-years old: the day he saw 10 friends wounded and 5 killed by a deranged, demonized killer.And the bloody scene had taken place where one does not expect violence: inside a church.

What Russell observed that fateful day caused much damage to his heart and soul. “It took my faith away,” he would later say. His precious wife, who labored so hard to help him, would later say that Russell "...suffered PTSD after witnessing the horror that took place inside that church. He wrestled with depression, nightmares, alcoholism, and even though he had accepted Jesus as his Savior, Russell never healed from what he saw that Sunday morning inside 1st Baptist Church of Daingerfield. "This church was the same one my (Jimmy Meeks') wife and I were married at in 1977.I have spoken with many of the members who witnessed the horror that day in 1980. They still tell their story in tears...My 96-year old grandmother was there that day. She died just a few weeks ago. She once told me: "Jimmy, I don't think about getting shot while I'm at home, or when I'm out to eat. But I sure think about it when I'm at church..."And as awful as it was that day in 1980, it would have been much worse if there had not been two Sheepdogs in place: James McDaniel and Kenneth Truitt.

This, brothers and sisters, is one of the primary reasons we must stand against violence: because of its long-range affect on the human heart. And this is why we must heed the call of the sheepdog...When someone witnesses a violent scene, or is a victim of violence, they will often suffer terribly for many years to come. It is not something they can just “shake off.” Just ask the woman who has been sexually assaulted; ask the young man who was robbed at gunpoint; ask the child whose parents beat him unmercifully.I am sometimes asked, “Why do you do the Sheepdog Seminars?"My reply is simple: “Do you have a few minutes? I'd like to tell you about a man named Russell…”I miss you Russell. PS. Russell's "story" was eventually told. I prayed for a year that a movie company would come along and tell the story of this tragic event. If you'd like to see the trailer to this movie, go to http://www.sheepdogseminarsforchurches.com/ken-and-red.html

Please watch this YOU TUBE video