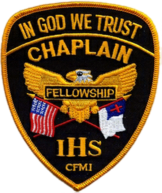 Chaplain Bob is a retired police officer from Danbury, CT. He served as a Special Police Officer, Deputy Sheriff and then a full time Police Officer for almost 25 years. He worked in the Uniform Patrol Division and Training division. Chaplain Bob‘s journey to reaching the lives and hearts of men, started after completing his service in the United States Navy. After touring the  Caribbean, England and Denmark, Bob returned to the United States with a  new insight of diverse cultures and customs of men throughout the world. During this time,Bob was made keenly aware of the common trials and struggles that all men faced. This would be the cornerstone of understanding the struggles between the men who wear the uniform of ‘Our Finest’, and their roles as, husband, father, brother and  friend.

Bob’s purpose as a Police Chaplain is to motivate officers to overcome any trial they face on or off the “job”. His approach is non-religious and deals with the realities of life. Bob became the Police Chaplain for the officers he had worked so closely with during his years of service. Through ride-a-longs, officiating at memorial services and the Fraternal Order of Police functions, Bob became increasing aware of the need for men to have a mentor and guide to face life’s challenges. Prior, and during the beginning years of Chaplaincy, Bob became closely involved in his church, which led him to becoming a driving force in the men’s ministry.

He was instrumental in developing and serving the Connecticut Cops for Christ, Promise Keeper’s and the Full Gospel Businessmen’s Fellowship International. Bob’s education to serve others includes having degrees in Psychology, Theology and is an ordained, licensed Chaplain. He also ministers with his wife, Cindy, who is a Certified Christian counselor with a Masters and Doctorate in Christian counseling and counsels primarily women. She is also a licensed Bereavement counselor. They reside in Robbinsville, New Jersey.

Recently, Bob wrote his first book called, "PUT YOUR HANDS UP! AN ARREST WARRANT FROM GOD". It is available through Amazon. 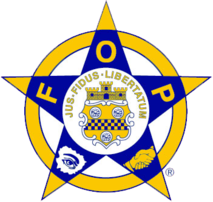 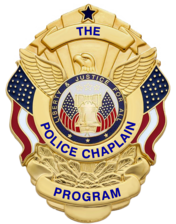